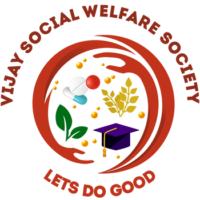 Environment is the surrounding in which all the living organisms, including plants, animals, humans exist, live and which includes the living factors like, temperature, light, water, air, food and so on.

Pollution is the process by which the physical, chemical and biological characteristics of the environment that help the living organisms to survive are contaminated and are made unclean and unfit for use.

Pollution is divided into many types, mainly, Water pollution, Air pollution, soil pollution and Noise pollution. Pollution causes disturbances to the natural processes and cycles. The main reason for pollution is the production of solid and liquid wastes on a large scale from industries, as well as emission of hazardous gases, deforestation, global warming and many more problems originated by the human activities.

The last one decade has seen a very rapid increase in the level of environmental pollution and scenario has become worse than earlier. Madhya Pradesh, however stands in a good position when it comes to conserving the environment, M.P. was stated as the most improved state under the category of ‘environment’ as per the Annual Survey Report, 2018.

Also, as per a national survey, Indore is the Cleanest City of India for three consecutive years and Bhopal and Indore always top the list of the cleanest cities.

However, Air pollution poses as a threat in the State, as the Air Quality Index mainly remains near poor or moderate, which is not a good sign. Bad air quality leads to many diseases, which are harmful either both in long and short term. The noise also normally reaches to almost 60dB, which is high but not very harmful. However, air purifiers at home and close windows are always suggested.

Also, during this Covid situation, it is suggested that people especially, kids, senior citizens or pregnant women must avoid outdoor activities.

Even though, the level of pollution is not very high, it has to be managed. Nature and environment have to be conserved. It is a duty of every individual to work towards the conservation of environment and to play their part in safeguarding Mother Earth.

Efforts of VSWS towards the Conservation of Environment:

The steps taken by VSWS to conserve our environment have been recognised, appreciated and supported by the local authorities and departments. We believe that everyone can take small steps like merely planting plants in their surrounding or distributing cloth masks or just by spreading awareness among people to join in the drive to conserve the nature. To enjoy the gifts of the Mother Nature for a long time, we have to conserve those gifts.

Education is a pillar on which a Nation Stands. It is the foundation of the cultural, sentimental and overall development and perception of an individual. Literacy and education play an important role in human development and in the development of the society as a whole.

Madhya Pradesh is often known as the “Heart of India” , hence the state has remained in a focus since a long time. If a state does not have good literacy and educational rates and scope, the state cannot develop at the pace in which it should be developing.

Even though, an increase was seen from year 2001 to 2011, still the rate at which the increase is taking place is very slow. The gap in literacy rates between female and males remained as 20.5% in 2011.

A state and then a nation can only develop when the children, without any gender-biasness are  promoted towards seeking education and more and more such programmes for education of children since the start are put forth. Children are the growing pillars on which a nation stands and hence, they must be put towards education rather than labour.

However, since then the rate of reduction in these figures has been reducing and the state has also opened number of colleges and schools which looks like a silver lining.

VSWS believes that education and literacy are the only way through which ill- practices of the society like, abuse and discrimination can be eliminated. An awareness must be spread that education is the centre of the life- sphere and hence, the children must be educated and not forced into labour or abused or exploited. No child must be deprived of its childhood by anyone. They must be educated, cherished and taken care of.

India has maximum number of malnourished children and the situation is very critical in India. Malnutrition damages the lives of millions of children. Childhood malnutrition has reached to very high proportions in India.

Madhya Pradesh, second-largest state in the country, has over 8 crore of population but when it comes to health, major developments are needed. According to the health index report released by Niti Ayog in 2018, M.P. was ranked at 18 out of 21 large states.

Malnutrition was brought under spotlight in the state during the 2008 elections, as the rates kept on increasing at a higher pace.

Poverty and Hunger are the biggest challenges not only for the survival of the people but also for the development. Poverty not only puts restrictions on development, but  it also eliminates the basic facilities from the lives of children and families. Many children cannot attend schools, wear good clothes and consume good food merely because they are unable to afford the basics.

Steps taken by VSWS to help in the present scenario:

Vijay Social Welfare Society has a motto to help the people in need so that they can also believe in themselves and lead a life which is sufficient. Through these smalls steps, we play our part and we urge others to participate in the same.

To bring about the desired changes and outcome, more and more awareness has to be spread among people to help the unprivileged ones with innovative and good ideas. It is our firm belief that no one’s growth and development should be barred because of the factors like poverty and malnutrition.

Women face a lot of problems in their day to day life. It may be because of the lack of knowledge about their rights or because of the lack of awareness amongst them, that they deserve a happy and wholesome life. The increase in crime rates against women, calls for their protection and to give them knowledge on how they can protect themselves and the practise where some women choose to silently suffer in the crisis can only be removed if they are made to believe that they have their own rights to life and happiness.

Vijay Social welfare Society aims at creating a better and happy environment for women, with the mission of developing concern and creating overall development and growth of underprivileged women, who must be helped to realise their potential to lead a dignified life.

VSWS creates awareness and helps women through different programmes like “Vijay Sankalp” and “Vijay Nirog”, projects like these aim at providing classes  to the children and women on various skills like personality development, and also trainings like self-defence so as to help them become self-dependent and self sufficient and also, spreads awareness on health, hygiene, sex- education etc. As a part of this initiative, we are taking a foot forward to spread awareness among these women about their basic Rights that are provided to them under our Legal System and to help them understand the rights. The Contents of the following document are , the stats and data on women’s present status in India, their Constitutional Rights, their Legal Rights under different laws, their Marital Rights, and other rights like Right of Parental Home and Maintenance and so on.