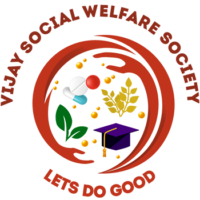 Environment is the surrounding in which all the living organisms, including plants, animals, humans exist, live and which includes the living factors like, temperature, light, water, air, food and so on.

Pollution is the process by which the physical, chemical and biological characteristics of the environment that help the living organisms to survive are contaminated and are made unclean and unfit for use.

Pollution is divided into many types, mainly, Water pollution, Air pollution, soil pollution and Noise pollution. Pollution causes disturbances to the natural processes and cycles. The main reason for pollution is the production of solid and liquid wastes on a large scale from industries, as well as emission of hazardous gases, deforestation, global warming and many more problems originated by the human activities.

The last one decade has seen a very rapid increase in the level of environmental pollution and scenario has become worse than earlier. Madhya Pradesh, however stands in a good position when it comes to conserving the environment, M.P. was stated as the most improved state under the category of ‘environment’ as per the Annual Survey Report, 2018.

Also, as per a national survey, Indore is the Cleanest City of India for three consecutive years and Bhopal and Indore always top the list of the cleanest cities.

However, Air pollution poses as a threat in the State, as the Air Quality Index mainly remains near poor or moderate, which is not a good sign. Bad air quality leads to many diseases, which are harmful either both in long and short term. The noise also normally reaches to almost 60dB, which is high but not very harmful. However, air purifiers at home and close windows are always suggested.

Also, during this Covid situation, it is suggested that people especially, kids, senior citizens or pregnant women must avoid outdoor activities.

Even though, the level of pollution is not very high, it has to be managed. Nature and environment have to be conserved. It is a duty of every individual to work towards the conservation of environment and to play their part in safeguarding Mother Earth.

Efforts of VSWS towards the Conservation of Environment:

The steps taken by VSWS to conserve our environment have been recognised, appreciated and supported by the local authorities and departments. We believe that everyone can take small steps like merely planting plants in their surrounding or distributing cloth masks or just by spreading awareness among people to join in the drive to conserve the nature. To enjoy the gifts of the Mother Nature for a long time, we have to conserve those gifts.